Craven Pupil Referral Service is currently working with past pupils to show you their learning story whilst at the PRS.  Please have a read.

I was at Craven PRS for all year 11 after my old Special School, that I had attended since I was small, closed down. I moved to another bigger school outside the area but it didn’t work out. My mum thought it would be a good idea to move to the PRS for my last year at school as it was close to home.

I was at the PRS for almost four terms (for the last term of Year 10 and for all of Year 11 until I finished my exams).

I found it quite challenging at first to settle into the PRS because I had already had a recent school move which had gone badly and I was nervous that things would go ‘pear shaped’ again. I started coming into the PRS part-time and built up my attendance over a very few weeks in the summer term, so that I was more prepared for a full-time start in September.  At first, this was difficult and I wasn’t sure that it was the right place for me but staff were kind and three staff from my old school had moved to the PRS too which helped. Staff at the PRS helped to build up my confidence and I started to do well in lessons and felt more confident in social time too. I made some good progress in all subjects and especially English as I started the PRS with an Entry 3 qualification but left with GCSE grade D a year later, which I am very proud of, as well as GCSE qualifications in Mathematics and Science, and 5 other good qualifications.

The PRS has prepared me for moving on by helping to build my confidence and to believe in myself.  I received helpful careers advice and keyworkers supported me to achieve all my goals. My favourite lesson was GCSE Hospitality which taught me all sorts of skills in cooking and working in the catering business. This gave me the idea to pursue a career in catering as I knew it would be something that I would be good at.

Since leaving the PRS, I have been studying Catering Level 2 at Craven College and I want to train to be a chef and work in a hotel or restaurant kitchen.

The PRS taught me that you have to work hard to achieve what you want to achieve. I did well in my exams because of my hard work and this has also helped my confidence. I have a very good work ethic and the PRS helped me understand how this help you in life.

The PRS supported in all different ways. It gave me a good education and supported me to make sure that I had realistic goals for after leaving school. The PRS also supported me emotionally and especially helped me learn to deal with other people’s annoying behaviour appropriately. 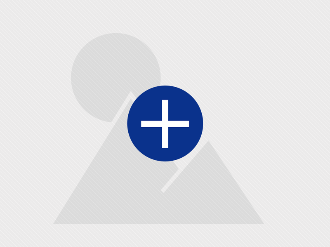 How long were you at the PRS?

How did the PRS help you?

The help and support Ryan received has helped him to get where he is today. He is serving in the Armed Forces and has been for over two years.

How did the PRS prepare you for moving on?

Helped enormously, there was a vast improvement in my attitude, staff were helpful and friendly. The PRS turned me around.

What did you achieve whilst at the PRS?

I got into the Army Foundation College in Harrogate, wouldn’t have done this without PRS help and support.

Do you feel like the PRS supported you? (educationally, emotionally, behaviourally)

Mum is convinced the move to the PRS was the best possible for me, and that I wouldn't be where I am today if the move hadn't have happened.

Provision for this pupil started initially with home
tuition. The pupil was then integrated into the Centre and her time was
increased.

‘The PRS helped me immensely. I can’t put it into words’.

The pupil said that she felt more confident and that attending the PRS has helped with her social skills as she felt she had nothing when she left school in Year 9.

Since leaving the PRS the pupil has attended Craven College
to complete GCSEs in Biology and Chemistry, and then to achieve A levels in
Photography, History and English. An A* grade was achieved in History.

The pupil has now gained a place at a University in Wales to study Mediaeval Studies.

My time at Craven PRS, ‘helped me to decide to carry on in education. I achieved qualifications in English Language (B), English Literature (B), Mathematics (B) and Adult
Literacy and Numeracy level 2. The PRS helped me to gain confidence and increased my self-esteem. Attending Craven PRS got me back into a school environment and I don’t think I’d have got my GCSEs without it. I can’t thank everyone enough!’

It helped and supported me enormously after leaving my mainstream school in Year 10.

I am now working part-time and have applied for a Motor Vehicle Course at Keighley College.

My time at Craven PRS changed my attitude towards getting qualifications and training so I could get a better job.

My Craven PRS Work Experience showed me what working life is like and what it is like to work in a team.

Mainly, my time here helped me with my attitude towards school, staff, and family members.

Thank you for all your help.

I was on the KS3 Intervention Programme in the Summer.

I have learned to be more settled in my lessons. I have also realised that my mainstream
school is the best place for me. I want to get good grades and do well after school.

I am doing very well at my mainstream school now and I’m getting hardly any detentions.

I am grateful to Craven PRS for helping me to be able to talk about the things I found difficult. I also realised that I wouldn’t like spending the rest of my school time in a PRS.

My behaviour was really good whilst at the PRS. I did lots of hard work. I also really enjoyed going to Malham Cove.

Mr Anderson deserves a big pay rise for his inspirational teaching strategies. Also Mrs Slater should be promoted to Head of KS3 due to her supreme organisational and people skills. 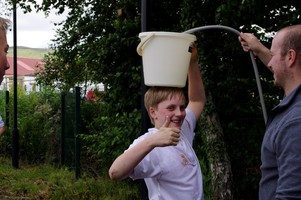